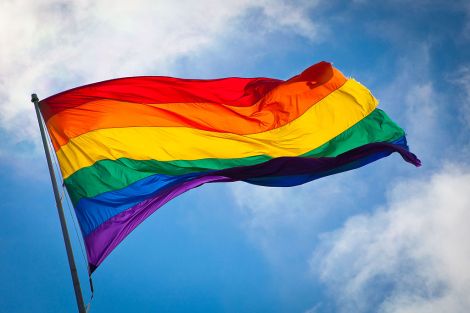 In 1934, a play called The Children’s Hour premiered on Broadway, causing mass controversy for its reference to a lesbian affair, as at the time it was illegal to make any type of mention or reference to the LGBTQ+ community. In 1961, a documentary about homosexuality aired on a Californian TV station. In 1994, there was an episode of Roseanne titled “Don’t Ask, Don’t Tell” where the protagonist, Roseanne Barr, is kissed by another woman. As the years have progressed, the LGBTQ+ community has gained more support and representation in media; even though it has become more common to be inclusive of the LGBTQ+ community, TV shows and movies that do so are still met with confusion as for why a gay character is needed or simply disgust as having to be privy to a gay sex scene or just a simple kiss is mortifying. Although we have made a lot of strides in television (listing very few above), should we be expecting more or is the representation we do get enough?

Having gay characters on TV and in movies is a good start; it exposes the population to the idea that gay people are normal, functioning human beings of society, as much of the community is. Although the gay characters that exist don’t always represent the gay community, rather they represent a stereotype of the gay community. There are many issues with programs that don’t want to commit to having a well written LGBTQ+ character, whether they are gay, bi, lesbian, trans or non-gender specific the character that is shown is how many straight people think all gay people act. The fact that a show has a gay character means it’ll reach a non-straight audience, but the portrayal of the LGBTQ+ community isn’t always easy to look at. It is very common to depict gay men as either very flamboyant or extremely weak almost what we have dubbed ‘feminine’, along with lesbian characters being either oversexualized or being immoral. Or in both instances not getting enough screen time. This is seen in Easy A, Modern Family, Pretty Little Liars, and The L word. Not to say there aren’t shows with strong independent non-stereotypical gay characters like The Fosters, Sense8, Orphan Black, Steven Universe, and How To Get Away With Murder; As theses characters aren’t perfect but they aren’t demonized or seen as an accessory, along with the fact that other straight characters understand that a gay or lesbian character isn’t always going to be attracted to them.

Ultimately gay characters are human too, and they should be seen as such. A gay guy’s existence shouldn’t be tied down to whether or not their best friend is the cis female protagonist. Lesbian characters shouldn’t be seen as “straight” and then once alone with someone of the same sex try to “jump their bones” in a steamy, oversexualized kiss scene. Even though a trans character is experiencing bullying, having all straight kids asking deeply personal questions regarding the former’s transitioning experience isn’t okay because it normalizes the idea that straight people should ask this question (FYI: those kinds of questions don’t happen in regular civilized conversation, unless with people you are comfortable with or each of you are okay with the topic at hand). All things considered, it is exciting that the LGBTQ+ community has made its way into films, TV, and even had small cameos in tv and movies aimed at children (Good Luck Charlie, Finding Dory, Star vs the Forces of Evil, Legend of Korra, Adventure Time, and Steven Universe). The media we are exposed to is starting to change to become more inclusive, which is a grand leap for those who are closeted or those who are still trying to figure out their sexuality. There will be the issue of being pigeonholed into one stereotype or another, but TV shows and movies are already trying to correct this error and make beautifully written LGBTQ+ characters that will — one day — be as common as any straight character.